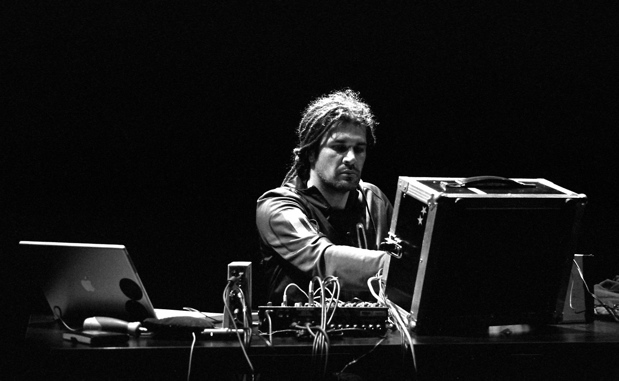 Robert Piotrowicz is one of the most prolific artists in the Polish experimental and improvised music scene. He develops his own solo projects and collaborates with world's leading sound artists and musicians. As an instrumentalist, he works mainly with his own live performance setup, developed around his electric guitar and analogue modular synthesiser.

He is both an accomplished performer of his own music and experienced improviser in different instrumental configurations with other artists. His other activities include electro-acoustic studio compositions, composing for theatres, participation in interdisciplinary art projects and sound installation.

Piotrowicz has developed his trademark sound of intense dynamics seized in dramatic and balanced form. Several solo albums have been released, the last one of which "Lasting Clinamen" in 2008, was highly acclaimed by the critics around the globe.

Together with Anna Zaradny he runs the Musica Genera label and an annual festival.