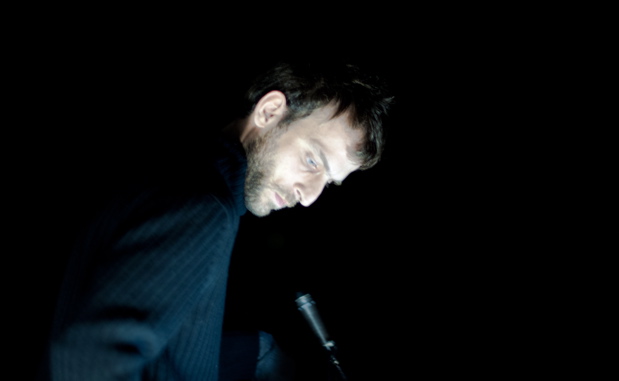 His compositions bridge musique concrète and conceptual forms of sound (i.e. the radical interest in how reality, virtuality, memory relate to each other during the acoustic event): music, as a recorded or as a synthetically-modeled sound, is always hovering between the “here and now” of the event and the shady domain of memory - distant but at the same time present, like a déjà-vu experience.

Tricoli plays live music with electronic instruments - most of them analogue - (reel-to-reel tape recorders, synthesizers, microphones, light effects, ultrasonic speakers), however the structure of the device is ever-changing, seeking multiple relations between the performers, the device and the space in which the event takes place.

He is one of the founders of the Bowindo label/collective (”arguably the best thing to come out of Italy since Luigi Nono”, Dan Warburton, The Wire), and of the band 3/4HadBeenEliminated, a daring synthesis between improvisation, electro-acoustic composition and avant-rock sensitivity. “Metaprogramming From Within The Eye Of The Storm”, “an intense investigation of disembodied perception in the form of a single electro-acoustic composition” (Daniel Sorenson), is his latest composition, released in 2006 and welcomed with great critical interest.