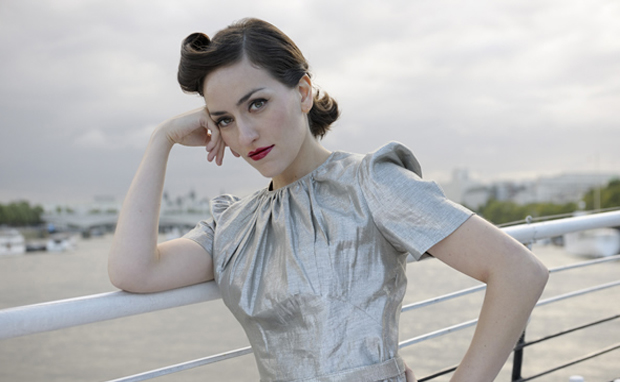 Tamara Barnett-Herrin lives and works in London. She performed as lead vocalist with UK electronica act Freeform Five and has contributed vocal performances for various other artists including Lindstrom, Mylo, and Shinichi Osawa.

She started Calendar Songs in October 2006 as a project that could only live online through listeners and collaborators. Every month for a year, Tamara devised, wrote and recorded a song inspired by that month. She then published them as mp3 files under a  Creative Commons license on her website for others to remix, re-edit, and re-fit however they wanted. Remixes were then posted back to the site to be shared with the Calendar Songs community. Over 400 remixes were posted to the site, and 'Calendar Songs Volume 1', Tamara's selection her 12 favorites mixes, was released in 2008.

Most recently, she composed songs for the ballet 'Love Letters in Ancient Brick', based on George Herriman's 'Krazy Kat' comic strip, premiering in Geneva, March 2011. An album 'Karlation', featuring her vocals and songwriting, will be released on Villa Magica records in 2011.