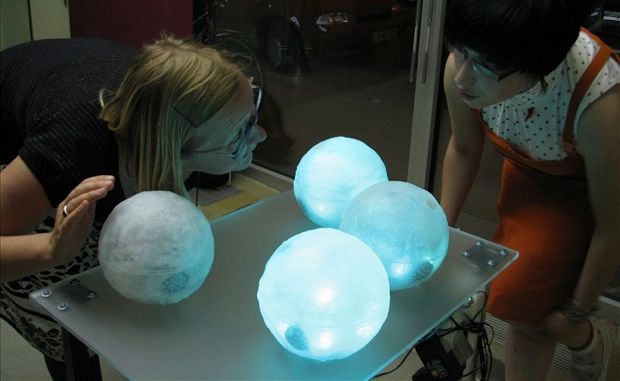 Luka Frelih is an artist working with computers and networks, a computer programmer, free software hacker and web designer. He's been a core member of Ljudmila - Ljubljana Digital Media Lab since its founding in 1994.

He was in many collaborations connecting technology and art. Member of Makrolab, ASCII Art Ensemble and pioneering net.art community projects: 7-11, Refresh, Remote-C. Programmed the instant ascii camera, a net art generator and more than one web map interface for positioned radio-linked roaming agents. Together with other Ljudmila programmers he developed the SLIX (Slovenian easy to use Linux) distribution and diverse free software tools to publish and manage multimedia databases on the web.

Polyroids is a retro space lasers game he saved from bit-rot so he could play it again.

Frida V. is a free mapping interface for bicycles he first built for DEAF 2004 and has been developing further since then. In 2009 a new all-in-1 Frida Box prototype series was developed, built and ridden in Paris, France.