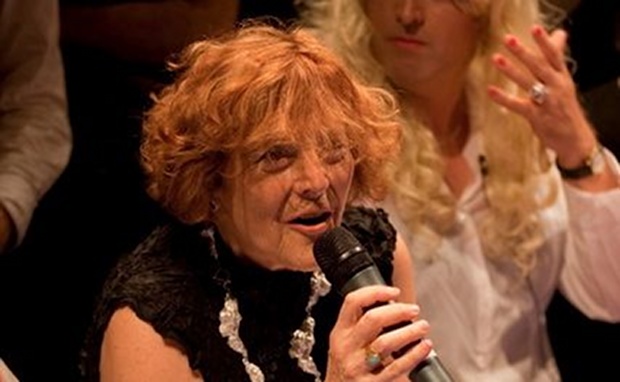 Liliane Lijn was born in New York, studied in Paris and has lived in London since 1967.

Working with light in its relation with matter, Lijn’s research centred practice makes extensive use of new technologies in a variety of media and materials to create works that view the world as energy. Focusing on perception, its inherent ambiguities and contradictions, her work defines reality as a complex web of relationships.

Internationally exhibited since the 1960’s, her works are held in numerous collections including Tate London, British Museum, V&A and FNAC in Paris. Her work was featured in the BBC documentary in the Imagine series, Let There Be Light. She is best known for her Poem Machines (1962), her kinetic Koans and her work with light. Lijn’s visionary epic poem Crossing Map was published by Thames & Hudson in 1983 and more recently the Mead Gallery published a monograph on her work authored by David Alan Mellor to coincide with a retrospective exhibition, Liliane Lijn: Works 1959-80 at the gallery.

During her Space Sciences Laboratory residency in 2005, Lijn began working with aerogel, a material developed by NASA scientists to collect interstellar dust in outer space, exhibiting her ephemeral Stardust Ruins installation at Riflemaker Gallery in 2008. Her Poemcones (1965-1968) were exhibited in Poor. Old. Tired. Horse (2009) at the ICA, London. In the context of this exhibition and more recently at Baltic, Gateshead, and The Arches in Glasgow, Lijn staged Power Game, a performance using gambling to investigate the politics of identity and power. Recent architectural commissions have been for St. Mary’s Hospital, Isle of Wight, St. Thomas Hospital, and the Evelina Childrens’ Hospital in London. Lijn is at present artist in residence at Culture Lab, Newcastle University. Samples of her work can be seen at: www.lilianelijn.com.